skip to main | skip to sidebar

Next Best Thing To Caffeine 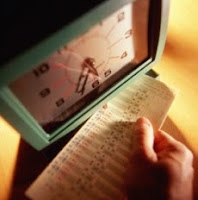 The closest thing that something like this happened before was during communication research and public relations defense frenzy. I have to admit that I miss staying awake for 80% of an entire week and my best friend has become my Mac, Almeida, while I was developing chart after chart, writing and rewriting two papers for defense and another truckload of requirements much-needed for the coveted diploma.

I remember drinking 2 liters of coffee in a night (no exaggeration since I bought 2 pet bottles of 1L water and filled it with 5 packets of instant coffee each! Ask Gus, if you’re still unsure). I read an entire textbook from cover to cover—my first and only—that night. My house then became the “the Weekly Sillimanian” office and I only went home to shower, change clothes, and the works.

After graduation, the frenzied lifestyle mellowed and the only thing that kept me awake at night was partying and booze. No more rush of deadlines, no writing, no projects, no poetry readings, no performances, no rehearsals, no call times. Zilch. Life became waking up late, eating whenever hungry, and partying like there’s no tomorrow when the gang’s around.

It got boring sooner than I expected and I was craving for a mental and physical activity that didn’t include watching TV, household chores, watching TV again, running errands, sleeping, reminiscing high school kapalpakan and throwing dried, abused, and harassed jokes that my barkada repeats everytime whenever we’re together.

And here I am at midnight, two months after, typing this post in a break from work, which is not in a call center. I am practically in the office since Saturday, waiving the weekend gimiks for the call of responsibility. Others call it slavery. I call it perfection! If only office hours turn nocturnal.